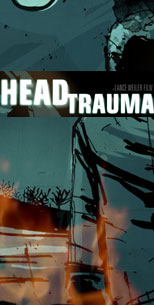 Entertainment experiences are increasingly becoming multi-channel. If you are addicted (like me) to ABC’s Lost, know that there is much more to the show than the weekly episode.

From the show itself to its official website, fan message boards, fake commercials, mini-sites that detail the lives of the characters, text-message updates, podcasts, newsletters, print magazines and more, Lost is a useful example of engagement, fan involvement and how to leverage new media for an integrated campaign.

Recently, industrial rockers, Nine Inch Nails released “Year Zero”. An alternate reality game has emerged to promote the album’s concept. Clues hidden on tour merchandise have led fans to discover websites that continue the story started on the album. Year Zero songs were reportedly found on thumb drivesin the bathroom stalls of NIN concerts in Europe, which the band itself covertly distributed ahead of the music’s official release. Fan participation in this alternate reality game has garnered a high level of media attention and led to the creation of fan-sites & clubs, Forums, and Wikis as sources for new discoveries.

First shown in Philadelphia, the show combines film with live music, theatre, and gaming, resulting in a cinematic ARG (alternate reality game). While the film is shown, a live soundtrack is performed (past performers have included Marshal Allen (Sun Ra), Espers, and Bardo Pond) on top of the film’s dialog and sound effects; meanwhile, props and sets from the movie are strewn throughout the theatre and characters from the movie emerge through the audience for live action shows throughout the film.

Extending the experience beyond the theatre, the film also projects a phone number intermittently through the film. Viewers are encouraged to call the number to start a game that last through the film’s duration and even follows them home. Participants receive clues to solve a set of riddles, and interact with Head Traumacharacters through phone calls and text messages that lead players to more clues online.

The competition for your entertainment dollars is fiercer than ever. To win your attention, entertainment marketers are finding ways to turn what used to be a TV show or an album or a movie into an interactive, multi-channel entertainment experience.

One thought on “Entertainment Remixed”