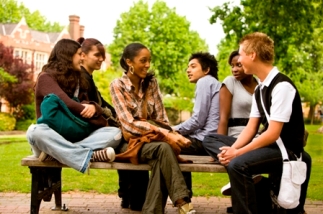 Will Richardson over at the education-oriented blog Weblogg-ed had an interesting post today about a recent FastCompany interview with Gartner researcher, Tom Austin. In the interview, Austin makes a pretty compelling argument for implementing and using social tools in the workplace and suggests that the real value from IT departments of the future will come not so much from their technology knowhow, but rather from an ability to facilitate relationships (the fundamental element of business) through social tools.

The interview gets into a number of topics regarding the changing structures in some corporations (and not in others) and Austin suggests that Facebook and MySpace will become models for business interaction.

Look at teenagers today. They’re teamagers. They work on projects as a group and think nothing of doing it that way. I expect to see that kind of thing percolate through the enterprise as an unstoppable force over the next two decades.

Will Richardson asked his readers if they thought today’s teenagers have group collaboration down as a part of the way they do their business. Speaking for my on teenager, I would say yes, absolutely.  What do you think?

One thought on “Teenagers as “Teamagers””